There was a time long, long ago that I determined that the perfect number of children to have was four. Given that I have ended up with precisely that number you may assume this was always my plan. You know what they say about assume: spell it out and you get: “you’d be absolutely wrong.” 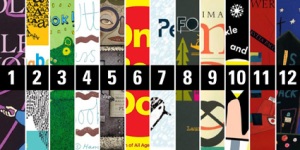 Before we get to the end of the story though, let’s take it back to the beginning. I know that I came up with my formula at some point in high school. I also know that I gave no consideration to practical issues like money, housing, or schooling. I didn’t look around at other families and certainly not other cultures to see how different family dynamics worked with different numbers of offspring.

I did none of that.

While I may not remember precisely when I came up with my brilliant thesis, I do remember clearly my logic:

One child: That child will be spoiled plus, if he or she dies, then you have no kids left. (Again, I acknowledge this isn’t a particularly thoughtful thesis.)

Three children: Two will pair off leaving one out on his own, alone.

Five children: Two friends at the top, two at the bottom, and one left in the middle.

Six plus: just take the different situations above and apply them in multiples. Also, that’s a lot of kids.

But four, I thought, four was the perfect number. The older ones can pair off or the younger ones can or they can all be friends. The likelihood that you end up with a solo act in there was certainly lessened.

Now, I didn’t speak from much in the way of experience. I knew a bunch of families that had two kids in them and my reasoning seemed pretty sound there. In most cases, there definitely seemed to be one kid that shined brighter. I also knew plenty of only children and always found to level of attention showered upon them by their parents to be a bit stifling. I had a hard time imagining, for instance, sitting down to dinner with just my parents and me. Plus there is no one to either hang with or blame something on. I don’t much stand by the “dead kid” theory anymore but the rest of the “single child” theory still holds. If someone could be both crowded and lonely at the same time, it is the only child.

I could, as it were, speak most intelligently on the flaws of the five child family for this is the what I grew up in.

I acknowledge that there may be flaws in how I break it down. Who’s to say that the youngest or the oldest is the one left out? My breakdown clearly came from my own experience.

My older two brothers were definitely paired off or so it seemed to me. While we were all born at, more or less, two year intervals from each other, they always seemed to me to be much more in synch with each other. They both worked the same places and went to the same schools. (I, of course, went to the same schools of all of my brothers at some point or another; it just didn’t feel that way.) They participated in the same sports and were always better at them than I was.

As for my younger brothers, well, Carey is six years younger than I am but Morgan just 15 months younger than him. Morgan entered Kindergarten when I went into Junior High. The ages just didn’t match up right.

So there I was, in the words of Irene Cara in the movie Fame, out here on my own. Thing is I was fine with it. At least I think I was and I still think so. The biggest flaw in my “Five Child” theory may be that I assumed that the solo kid was an issue. I feel fortunate to have been where I was and, in the long run, it gave me a strong sense of independence.

I have often heard people say things like they would never go see a movie alone or couldn’t bear to eat alone at a restaurant. These are the same people who probably lament that they don’t have enough time to themselves. I (sadly) don’t really see many movies at all anymore but I still eat alone periodically. I can sit where I want to sit, eat whatever I want to eat, read a book, and do it all at my own pace.

Of course, liking to eat out alone doesn’t preclude also enjoying doing it with other people. I’m all for that as well. Perhaps that’s the flip side of my sibling dynamic. Even when I was “alone” growing up, I was still living in household of seven. Granted our last family house, the immortal “Triple Double”, was big but not so big that I ever felt truly alone.

I liked being in a big family and I like being alone. It worked out for me just fine.

Now I look at my kids and my family. There are four of them. We were all boys in my family and now I have the one girl mixed in. Also, I never considered the idea of multiples when I was building my theoretically perfect family of four kids.

Clearly the twins, while not at all identical, will have a bond beyond that of normal, separate-birth siblings. This for no other reason then they will always be in the same grade and will, in all likelihood, spend the next sixteen years or so going to the same school together every day.

Maggie and Henry, meanwhile, were all on their own for three-and-a-half formative years. She will be going into the third grade next year when Henry enters Kindergarten at the same school. It’ll be another three or four years (I haven’t really done what is surely some decidedly easy math) before the twins join them at school. They will be in the same after school program together just as they were in the same day care program before. In the end, we’ve pretty matched those two kids up whether they like it or not. They thankfully seem to like it well enough.

So, three years ago when we were discussing whether or not to have that third kid that turned into our third and fourth, I may have staunchly stood in the Camp of No. I was happily ignoring all my high school theories in the face of the practicalities of adulthood. I spoke about our small house and small cars and theoretically insufficient paychecks. I looked forward to college and those bills. It just all seemed a bit much.

But now that those little suckers are here (and have been lo these two years) those theoretical reasons not to have any more children are now just our reality. We got one bigger car and we’ll eventually get a bigger house. (I have forced any number of people to listen to the finer points of my three-year housing plan.) My paycheck has gone in reverse of late but I’m still confident I’ll find a way to turn that around.

The other reality – one that wasn’t figured into my high school theorems – is the one of watching all four of these kids of mine interact. Now that the twins are toddlers and really coming close to forming whole sentences, their personalities are starting to really show. They are as different as twins can be, I think. They play with each other and they play with the older kids. Sometimes all four even play together, kind of nicely, for a bit. In those moments before the inevitable squabble begins, those are the moments that I am sure that I was right all along. Four is the perfect number.