He, being a writer, has chosen to frequently have writers as his protagonists. The picture he painted of these guys (they were all men) was that they lived comfortable lives in big houses and occasionally sat down and hammered out a novel on the keyboard. In the case of King – and later John Grisham – it seemed a great existence. Write a couple best selling books, sell the movie rights, and then just hang out and live in the lap of luxury. 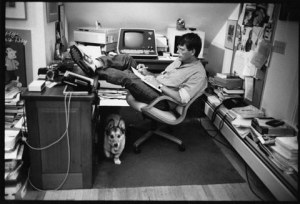 Certainly there was part of me who knew that it didn’t work this way. In fact all of me knew this. But just as some sit back and imagine life after winning the Powerball lottery, I sit back and imagine the life of a hugely successful author who hangs out with Matthew McConaughey advising him on how to play a character I wrote.

During my college years, when I traveled quite a bit, my visions developed a bit more. By that point, I was writing detective fiction and my protagonist would solve his mysteries in different international locales. As an author, I would simply set up shop outside Athens or Venice or Edinburgh for a year, wander about taking in the local flavor, and then write about it. I created a mythical “International Man of Mystery” many years before Mike Myers did the same.

Somewhere in my life, though, my big plan became muddied by real life. For one, I actually started writing a mystery novel once. I labored away for a few weeks and created about seven chapters for a book whose name I cannot remember…wait a moment. Let me do some research…

Yes! I remember now. I started my novel as part of a creative writing class my senior year at Boston University. We had to, as part of this class, both read and write poetry, which I detest. (I’ll admit it right here and now: my favorite poet is e.e. cummings and I think it is primarily because his stuff rhymes.) We specifically had to read The Wasteland by T.S. Eliot. I found it to be the worst type of formless, inane yet completely full of itself “poetry.”

In the classroom discussion about Eliot’s work, I made no secret of my disdain. The professor was a young woman who was happy to disagree with me, but in a friendly way. I pulled out what I felt to be one specifically stupid quote and harped on it:

It drove me crazy. Words were misspelled and punctuation was all messed up. This was, to me and by definition, not good writing. But in poetry, I argued, you could do anything you want and just say “well, it’s poetry, so eff you.” 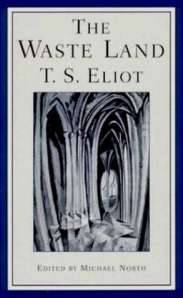 It was good discussion and I think she listened. I in turn listened to what she had to say. It was, I suppose, the sort of discussion that was supposed to happen in a college classroom.

Anyway, when it came time to write our final project, mine was this novel that (I can now tell you), I entitled “Good night, Sweet Ladies.” That is from the line directly following the excerpt above. Eliot, it seems, decided to become at least grammatically correct if not any less full of himself.

So I spent some time in my novel basically having my main character also complain about T.S. Eliot and his stupid “poem.” In fact, the bad guy in this particular story was partially driven batty by Eliot’s writing, continually wishing one “sweet lady” after another “good night” forever. The professor appreciated my literary commentary inside a story and commented as much.

None of this, though, touches on what the real problem was. The real problem was that, after weeks of furious writing, I sat back to realize I had only produced somewhere in the area of thirty to forty pages. When I wrote something that seemed drawn out and full of suspense, it was great. When I read that same passage, it turns out to only be a few paragraphs long. I had produced not even a novella inasmuch as I had written a short story. I don’t recall the last wildly successful short story writer who got his stuff turned into big budget Hollywood blockbusters.

My plans on being a big time writer were also derailed by my plans to be a big time television reporter. There, by the way, is a sentence that probably made my parents’ wallets ache. I might as well have been choosing between being a fry cook at McDonalds or working as pizza delivery guy for Dominos for all the big money I was going to make.

I went to work and my huge television career and, these many years later, I can say I work in a big time television newsroom. I certainly didn’t follow the path I planned and only my voice has made it on to TV. Nonetheless, though, I am now getting paid to both work in television and to write. Be careful what you wish for, I guess.

Wait. What? Is this blog actually making money? Oh, yessiree, it is my friend. A few months after the birth of TheFourFather.com, I was approved to take part in the WordPress “WordAds” program. You can tell this by the banner ad that now runs across the top of the page and the other that is over there to the side somewhere.

Before I started blogging, I had heard stories of people making some good money being part time bloggers. It wasn’t necessarily money to live on sort of sums but even at one thousand dollars a month, that would be nothing to sneeze at. That’s a couple car payments, after all. The only thing standing between a new car and me was one of these profit-sharing ad programs. When WordPress first announced theirs and when, two months after I applied, I became part of it, I couldn’t be more excited.

To be fair, they were very clear that, unless I was getting thousands of visitors a day, week, or month (I can’t remember which), I really wasn’t going to realize much in the way of profits. That was fine by me. I wanted in.

Turns out they weren’t lying. I have, to this point, about seven full months, thirty something posts, and about 60,000 words in, made just enough money to buy a cup of coffee. Not one of those nice Starbucks fancy latte cups of coffee and not even really enough for a good cup of Dunkin Donuts. No, I’ve earned enough money to go down to the local gas station and maybe get a small cup of whatever coffee David “The Hoff” Hasselhoff is pitching.

In the end, the joke’s on me, but not in the way you think. I don’t care about the money. Don’t get me wrong, it would be nice if this blog brought in twelve grand a year, but I’m not holding my breath. Ironically, I think my failing as a commercially viable blogger is the exact opposite of mine as an aspiring novelist. I write too long. I go to other blogs out there and writers are posting three to six hundred words at a time. I, it seems, can’t say anything in less than three times that amount. I think the most successful bloggers give their readers something they can digest in between meetings or during a quick cup of joe. I blame Nintendo and their murder of the American attention span.

The joke of it is that I am now that guy who says it isn’t about the money, it’s about the writing. I used to hate those guys. I saw them all the time in film school – “I won’t ever give into the commercialization! As long as my films mean something, that’s all I care about!”

Now I’m here to tell you that, at least for now, that is precisely what I care about. I don’t yet really know how to respond when someone compliments me on my writing, but I certainly appreciate it. Some folks on Facebook have bestowed upon me some tremendous compliments that have done wonders for the ego. The blog has also been highlighted in a couple places – Boston Parent Bloggers and the alumni magazine at Boston University Bostonia – and this has meant quite a bit to me.

I’ve written before about the stats of blogging and how, at least for me, they are hollow. Yet, that statistic is precisely what drives the ad program that will buy me that mediocre cup of coffee. How then could I put much stock in it? What I have come to value is the feedback I receive or, as when I tried writing about baseball, do not.

After taxes, my large iced coffee cost exactly $2.34. I have three cents left over to do with as I please!

In the end, what this whole experience has done for me so far is rekindle that desire to write professionally. I will never be Stephen King. I get that. But that’s not the kind of writing I am looking to do anyway. I’m quite the news writer, though it is a skill that is decidedly unused at present. I’ve been writing for broadcast for twenty years at this point and I think I’ve gotten pretty good at it (and am fast to boot.) I’ve only just dabbled in writing for print or marketing. As dry as it is, I have done some cursory grant writing. But no matter what it has been, I have a passion for writing. I love stringing together words and making out of them one cohesive thought. Nothing is as satisfying as a good turn of phrase. Similarly, when I see press releases, web copy, or other commercial writing that is sub-par, I just want to reach out and fix it all. I suppose it can be that empty arrogance of someone who has never done it himself, but I know that I can do it better than it’s being done right now by so many.

So as I sit here, still trying to figure out exactly where I am headed in this, my mid-career crisis, I think that I need to find some new ways to write. One start-up blog has already brought me on board but that isn’t nearly enough. The dream is now finding enough writing opportunities to make up one job and have that just pay enough to be palatable. Would it be nice for it to be more than that? Sure. Of course. But if I could write in the middle of the day and then be there to pick up those four kids at the end, well, I think that could be the perfect combination of work life and home life that is the holy grail of the new American dad.

One thought on “My Cup of Coffee”